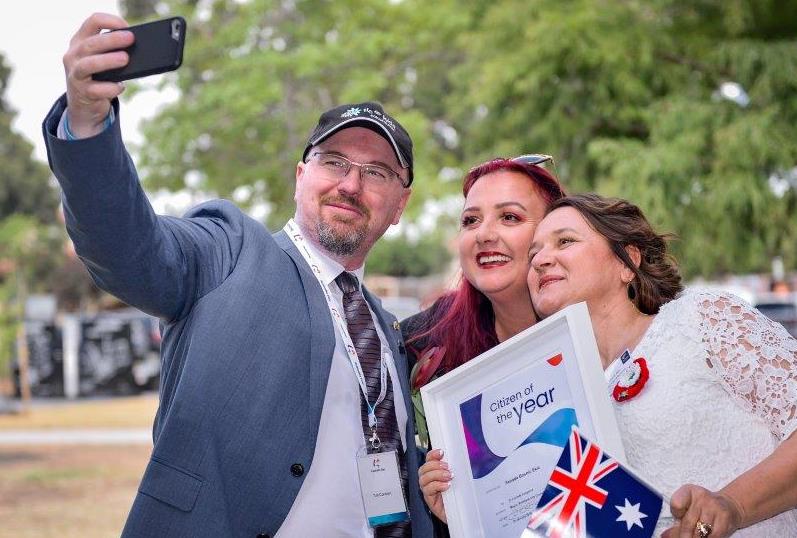 The recipients of the 2019 Brimbank Australia Day Awards, presented across two categories are:

“The achievements of this year’s recipients have delivered exceptional benefits for the Brimbank community. On behalf of Council I’d like to extend our congratulations to all of the nominees and recipients for their enormous contribution to our great city.

“Your efforts have not gone unnoticed, and it is both a privilege and a joy to publicly acknowledge local people who are community minded and selflessly devoted to benefitting others.

“We’re very fortunate in Brimbank to have such ‘role models’ in our community who inspire and motivate others through their immense actions.

“It was this pool of talent that provided members of the judging panel with a difficult selection task this year.

“The Brimbank Australia Day Awards are held annually and are open to individuals who live or conduct their activities in the Brimbank area.

“I encourage people to start thinking about who they might nominate later this year for the 2020 Awards, as there are so many individuals in our community doing great work,” Cr Congreve said.

This award is presented to a member of the community who has made a noteworthy contribution during the current year/or has given outstanding service to the local community over a number of years.

Arriving in Australia as a refugee in 1999 with her husband and three little children in tow, Senada hit the ground running and quickly established her family locally in Brimbank.

Within six months, Senada went to school to learn English and had a job!

In the following years Senada continued her studies and gained qualifications in Community Wellbeing and Community Development. She has also completed the Brimbank Community Leadership Program.

For over 15 years, Senada’s volunteering activities have mainly centred around the Bosnia and Herzegovina communities, and linking them to the broader Brimbank community - whether it be in her role as President of Kud Dukat Bosnian folklore group, or as a presenter at 3ZZZ Radio.

Senada established 'reach out link’, a small private business as a community support worker. She also volunteers at the St Albans Community Centre where people come and ask for advice and help with filling in forms and other needs.

This award is presented to a young person who has made a noteworthy contribution during the current year and/or has given outstanding service to the local community over a number of years.

Hue Man has made an outstanding contribution to the local community as an influential leader and positive role model.

Her goal is to make an exceptional positive impact on the lives of young Australians, especially those experiencing disadvantage; whether it be financial, discriminatory or lacking opportunities.

Hue Man’s work includes the creation of work-ready resources as well as study resources which are free to access.