Cr Papafotiou will lead the municipality for the next 12 months after being elected by her fellow Councillors on 6 November. 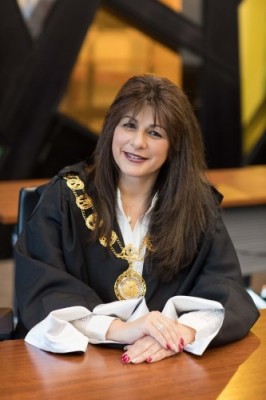 This is Cr Georgina Papafotiou’s first time as Mayor after serving as councillor for three years. She had served as

Deputy Mayor in the first year.

Cr Papafotiou will lead the municipality for the next 12 months after being elected by her fellow Councillors on 6 November, taking over from outgoing Mayor Cr Lucinda Congreve.

Cr Papafotiou said she was proud and excited to be elected to represent Brimbank as Mayor.

“I am very excited to be leading the city I love in the final year of this (four-year) term of our elected Council.

“Since 2016, Council has been working to prepare Brimbank for a better future.

“Brimbank is a municipality on the move, and much of last year has been about connecting to and advocating for our community’s needs and pushing forward with a progressive agenda for Brimbank.

“I would like to thank Cr Lucinda Congreve for her hard work over the past 12 months, and the amount of effort she’s put into advocating to Federal and State governments for better outcomes for our city.

“As Mayor of Brimbank, I look forward to progressing our Transforming Brimbank Agenda – which is Council’s plan to make sure Brimbank realises its potential as the capital of Melbourne’s booming west.

“It will be an absolute privilege to lead Council to achieve the best outcomes for our Brimbank community,” Mayor Papafotiou said.

For more information about Brimbank Mayor and Councillors visit My Neighbourhood.